On December 12, professor Orlando António Quilambo, president of Universidade Eduardo Mindlane, Mozambique, and his entourage visited CHD. President Sha Aimin, in company with the heads of President Office, the Office of International Cooperation and Exchange, Office of Teaching Affairs and the School of Architecture, met the guests in the VIP room of Beichen Building on Weishui Campus.

President Sha Aimin extended warm welcome to president Orlando Antonio Quilambo as well as his entourage, briefly introduced to the guests the history, scale, subject characteristics, personnel training and international exchange of Chang’ an University and emphatically introduced the situation that CHD had been actively committed to docking the national major strategies, bringing the characteristics of its discipline into full play, and devoting great strength to the development of such industries as infrastructure construction, energy resources exploration as well as urban and rural construction.

He pointed out that CHD had always been committed to implementing the internationalized development strategy, actively responded to the government’s Belt and Road Initiative and its appeal to expand the opening up of education, vigorously promoted the cooperation and exchanges between CHD and other world-renowned universities, and made efforts to promote the "double first-class" construction. He hoped to take president Orlando Antonio Quilambo’ s visit as an opportunity to further promote the cooperation between CHD and Universidade Eduardo Mindlane, and take the key cooperation projects as a bond to gradually carry out the cooperation between both sides in more fields, such as the visits between teachers, students exchange, scientific research cooperation, etc, and to make more contribution to the higher education cooperation between China and Mozambique.

President Orlando AntonioQuilambo expressed his sincere thanks for the warm reception, agreed with President Sha Aimin on the basic concept of the internationalization of higher education, appreciated the outstanding contributions made by CHD in the field of infrastructure construction, and briefly introduced the Universidade Eduardo Mindlane. He pointed out that Universidade Eduardo Mindlane was an university with distinctive features in Mozambique, which had many similarities with CHD in terms of development model and that the disciplines of the two universities had many advantages that could complement each other. He said that this visit was aimed at discussing the cooperation between the two universities in such fields as mutual visits of teachers and joint training of students. He hoped that through this in-depth exchange, the two sides could establish a closer cooperative relationship in the future and set a good example for the cooperation and exchange of higher education between the two countries. 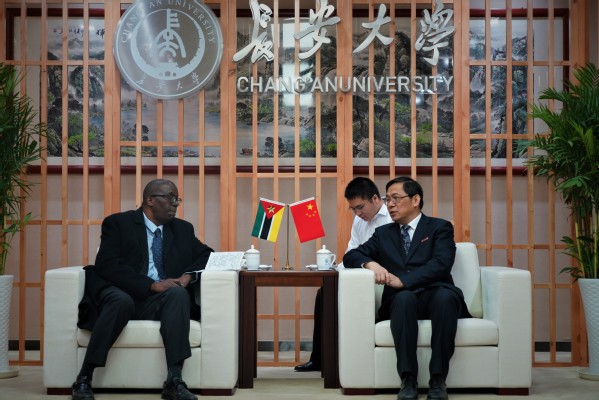 During the visit, president Orlando Antonio Quilambo and his entourage had an in- depth discussion with the heads of the Office of International Cooperation and Exchange and the School of Architecture on the affairs of cooperative education and international students studying in China, in company with the responsible person of the Office of the International Cooperation and Exchange, visited the Transportation Museum and the Human-Vehicle-Road Collaborative Innovation Research Platform of CHD. 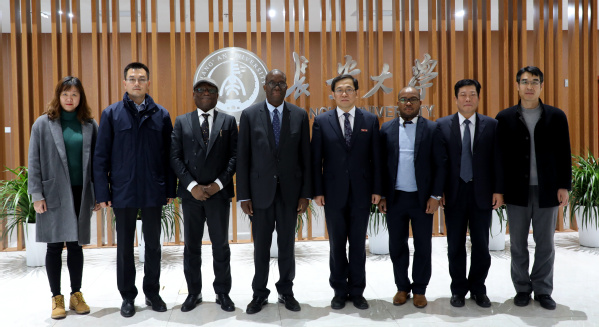