Mohamed Abdel-Mottableb, Dean of the School of Electrical and Computer Engineering at the University

On December 11, Mohamed Abdel-Mottableb, dean of the School of Electrical and Computer Engineering, University of Miami, and his entourage visited CHD. Vice president Zhao Xiangmo, in company with the heads of the Office of International Cooperation and Exchange, the School of Information Engineering and the School of Electronic Control, met the guests in the VIP room of Beichen Building, Weishui Campus.

Vice president Zhao Xiangmo welcomed dean Mohamed Abdel-Mottableb and his entourage. He briefly introduced to the guests the basic situation of CHD, focusing on the construction and development of the advantageous disciplines such as Traffic Information Engineering and Control, Intelligent Traffic and Information System Engineering. He pointed out that CHD had been tightly grasping the global trend of development of higher education, committed to promoting a high level of internationalized education, actively adapting to the changing development requirements of the new era, taking the initiative in docking national major strategies, bringing the advantages of its characteristic subjects into full play so as to provide important intellectual support and talents for the development of infrastructure construction field. He said CHD was willing to carry out the depth of cooperation and communication with the University of Miami and other world-renowned universities especially to speed up the pace of discussing and carrying out cooperative education projects in the field of artificial intelligence and that Chang’ an University hoped to take the key cooperation projects as a driving force to constantly expand the cooperation and exchanges between the two universities in such fields as teachers' mutual visits, joint students cultivation, cooperative scientific research and so on.

Dean Mohamed Abdel-Mottableb expressed his sincere thanks for the warm reception as well as his appreciation toward the outstanding contributions made by the CHD in the field of infrastructure construction, and agreed with vice president Zhao Xiangmo’s vision of cooperation. He briefly introduced the basic situation of the University of Miami, focusing on the discipline construction, international exchange and cooperation of the School of Electrical and Computer Engineering. He pointed out that Chang 'an University was a high-level university with strong educational strength and social service excellence and the two universities had promising prospects for cooperation because of their similar educational philosophy and professional disciplines. He hoped that both sides could take the cooperative education project on artificial intelligence as an opportunity to promote their all-round exchanges and cooperation. 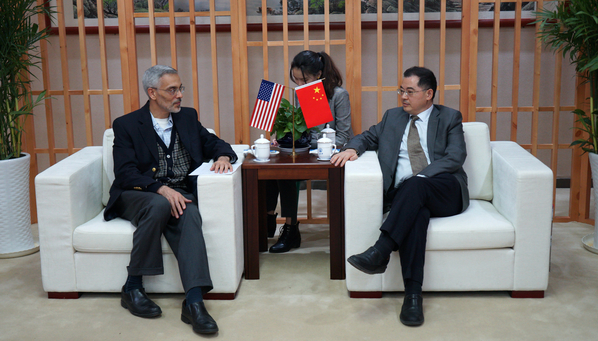 After the meeting, dean Mohamed Abdel-Mottableb and his entourage visited the Transportation Museum and the Human-Vehicle-Road Collaborative Innovation Research Platform of CHD. 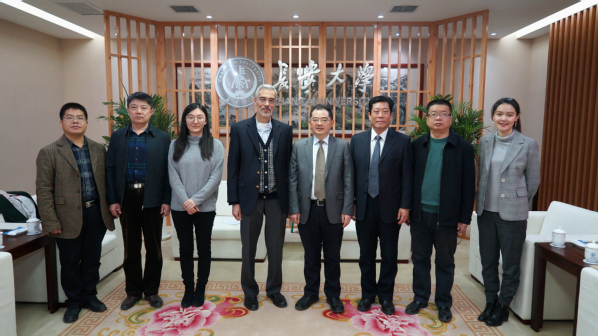